Smartphones have long ceased, and have never been a simple set of characteristics – choosing a device, we always focus on the brand, past experience, and also expect that the new smartphone will be better than the past. In this issue, software is no less important for the main features and design, although many users at best only look at the version of Android. The last two years I use Huawei smartphones – during this time I was able to track all the changes that have occurred with the company’s devices, and with its proprietary interface EMUI. Actually, today we’ll talk about the latter, as the written will be relevant for all devices of the manufacturer – from budget Y-series machines, to the flagships.

The development of shells cannot be viewed in isolation from the development of the entire Android platform. She is charged with many shortcomings, for example, fragmentation and problems with updates, “zoo” devices and so on. At the same time, one should not forget about conditional free and openness, as well as flexibility. Therefore, the answer to the question “why vendors generally began to develop their interfaces?” Lies on the surface, especially if we recall how the first versions of Android looked.

It is clear that at that time various Samsung TouchWiz and HTC Sense were, probably, the only way to give the user a beautiful interface, additional (missing) functions and at the same time stand out against the background of competitors. Android itself was gradually getting better, but almost no one from their interfaces refused-which company would destroy a single user experience and “wash away” the millions of dollars spent on development?

Huawei also followed a similar path, though EMUI appeared a little later. For example, the 2011-2012 devices were still coming out with pure Android or equipped with a shell of SPB Shell, and the devices of 2013 were already with EMUI.

In the first versions, Huawei gradually increased the functionality of its interface – adapted for more convenient use on smartphones with large displays, added functions to manage power consumption and clear memory of “garbage”, and also worked on a unified style for the design of all embedded applications.

To EMUI 4, the interface was already very functional and pretty nice, although the transition to EMUI 5 was a kind of “turning point” – in this version, Huawei decided to bring the interface to the Android drain much closer, just as other manufacturers began to change their shells. Of the features that have been constantly encountered, we note the transition to the standard list of running programs, as well as the emergence of a separate application menu, which can be included in the settings.

In addition to the next batch of visual and functional changes, EMUI 5 began working on the moments that had not been thought about before. For example, one of the marketing slogans was the phrase “Born fast, stays fast”, which implied some optimization algorithms, defragmentation of files and other hidden functions that ensure that the speed of the device is kept “out of the box” during the period of use. Half a year with Huawei P10 as a whole confirmed these statements. 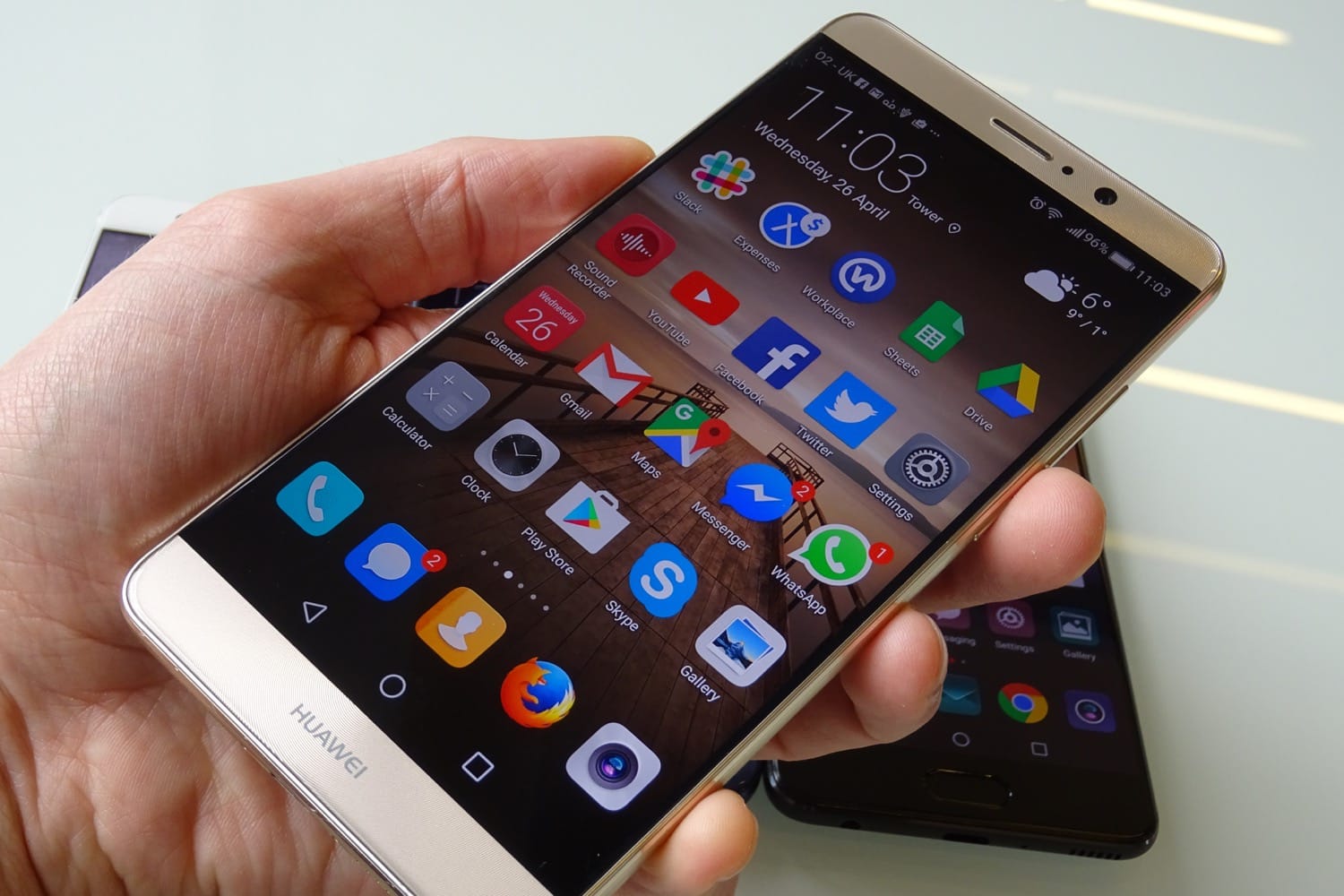 The current line of smartphones Huawei runs Android 8 and EMUI 8 – with the transition to the new version, the company decided to align the OS version and interface, so as not to create additional confusion. The eighth version received the next redesign, it began to look cleaner, the screens with an aspect ratio of 18: 9 were optimized for Full View.

Unlike the same Xiaomi / Meizu, the company does not ignore the standard Android functions – for example, when you hold your finger on most standard applications and many third-party shortcuts there are shortcuts for sending messages, taking pictures and other actions. They can also be brought to the desktop in the form of permanent labels. The default left desktop screen is Google Feed (Google Now) by default. On devices running EMUI 8.1 own application for sending messages has been replaced with Android Messages.

With appearances even in budget smartphones of fingerprint scanners and Face Unlock function, only completely lazy (and fearless) will use a smartphone without blocking. EMUI allows you to additionally secure some files by transferring them to “Personal” in Windows Explorer and to block the launch of individual applications.

The system file manager allows you to transfer any images, video, audio and files to the “Personal” – they will be stored on your smartphone in an encrypted form and you will get access to them only by typing a password or scanning your finger in the corresponding section of the application. The application lock works in a comparable way – you can only start the selected program after entering the code or scanning your finger.

At the same time, EMUI has simple functions that you use every day. For example, I’m very used to the system search, which is called by the swype down on the desktop – it searches for information even in system applications (contacts, messages), although I use it to run rarely used applications. Moreover, near each found program there is a geocache icon – clicking on it will show the interface in which place of the menu or where on the desktop, in which folder the program is located.

In cases where you need to configure a new smartphone or move icons on the desktop, it is useful to drag and drop a few icons at a time. Many people like to automatically update images on the lock screen after each screen is turned on – EMUI allows you to select categories of images and periodically adds new ones to your database.

Swipe from the bottom edge of the display on the lock screen calls up a menu that allows you to turn on the flashlight, start the recorder, turn on the calculator and timer.

Even on inexpensive Y-series smartphones there are chips like turning off the sound of incoming calls by flipping the phone face down, a quick screenshot using a swype down three fingers on the screen, turning on the backlight with a double tap.

99% of the functions described above are on all Huawei smartphones from the most affordable Y5 (2018) to the P and Mate series, but the flagships offer even more. For example, devices with the Kirin 970 (Mate 10, P20 Pro and P20) support the desktop mode when using the Type-C-HDMI adapter on the external screen a “computer” interface is displayed in which it is possible to launch mobile applications in separate windows and thus assemble a semblance of a mobile office.

Some functions are sharpened by the built-in processor NPU – this is the translator Microsoft Translator, the recognition of goods on the photo with integration from Amazon, available from system search, scanning of business cards for more convenient addition of new contacts and more. 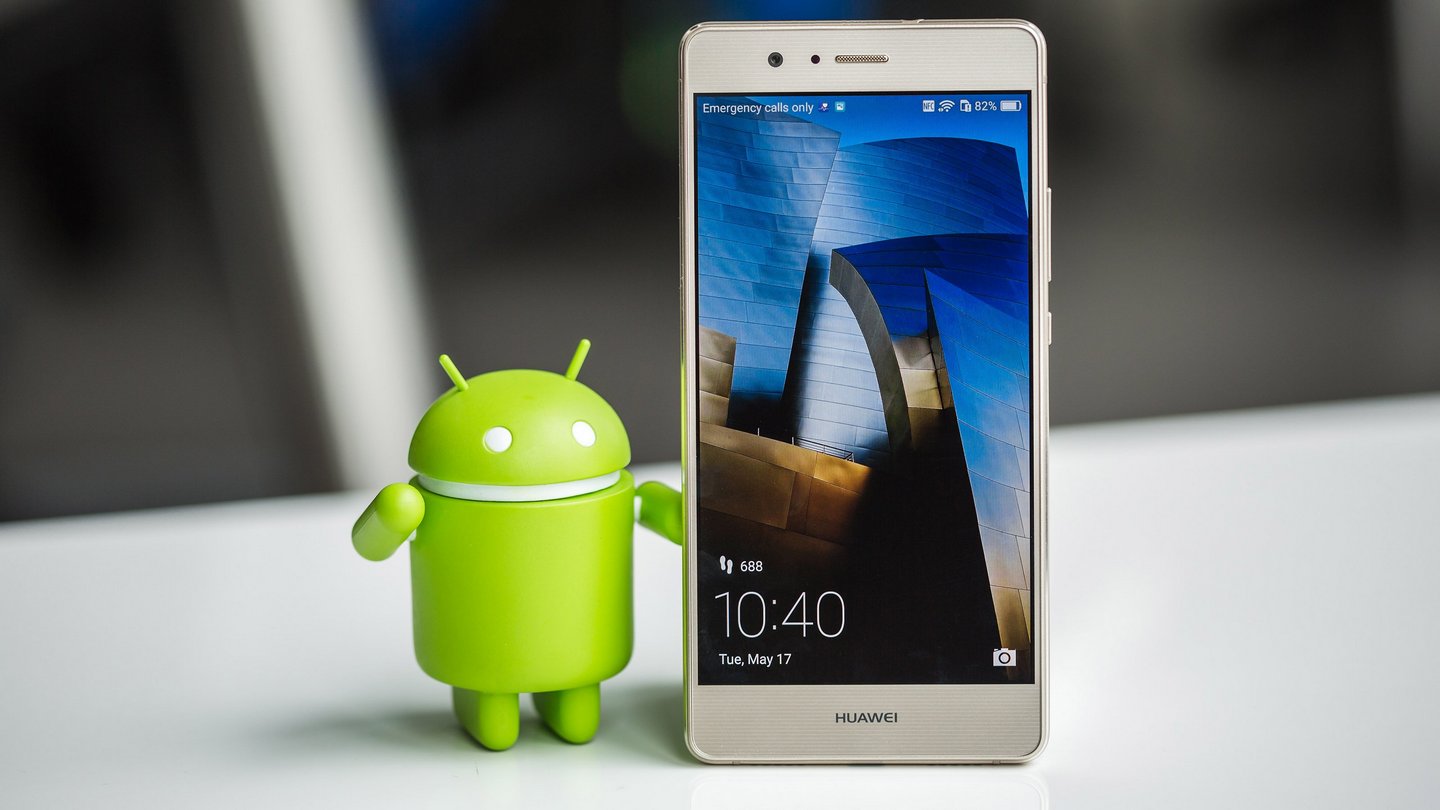 One of the myths associated with Android sounds like “a clean system is much better than any shells.” I myself have long held such views, but the statement is not true in all cases – third-tier manufacturers, despite the stock interface and the lack of pre-installed programs, successfully prove that there is no direct connection between the interface and speed, stability, and many of the Android functions initially appear in devices of other manufacturers. Moreover, many companies that produce smartphones with the stock interface, even within the Android One program, still add their improvements, and the presence of pure Android has little effect on the speed of obtaining major OS updates.

Therefore, the companies’ release of their interfaces is first of all the desire to stand out against the competition and give the consumer a little more opportunities to make the use of the smartphone more convenient. EMUI in this regard can be called one of the most functional solutions and doubly pleased that the company does not limit the capabilities of even its available devices.