The leakage of personal data more than 50 million users of social networks, through which influenced the elections in the US and Brexit. How it happened and how it can turn out for Facebook and the world.

Due to the scandal with the leakage of information about users, the company has already lost 10% of its market value this week, or more than 45 billion dollars, writes CNN. Those involved in the scandal inclusively with the founder of Facebook Mark Zuckerberg were already summoned for interrogation. What happened and what to expect in the future from the world’s largest social network. 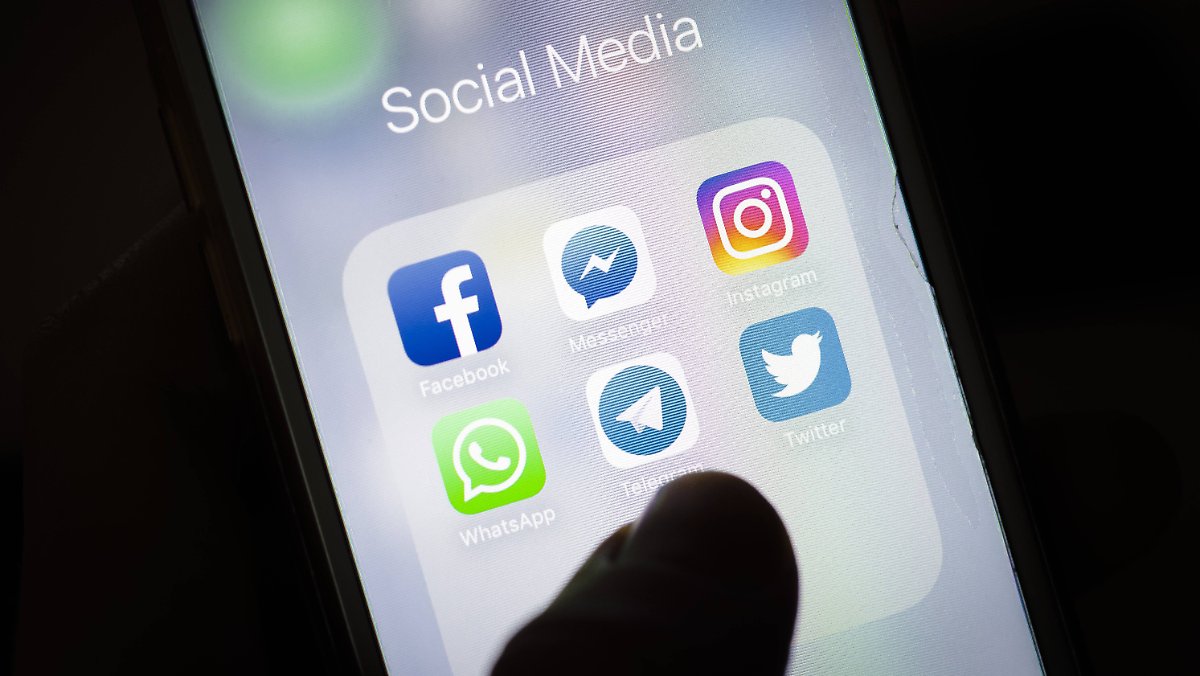 Likes and data will all be told

Recently, The New York Times and The Guardian published a series of investigations about Cambridge Analytica. They talk about personal data 50 million Americans, which the company received through Facebook, then to sell them targeted political advertising.

Both journalistic investigations are based on the testimony of a former Cambridge Analytica employee, data analysis specialist Christopher Weill. And before that the topic of the likely impact on the elections in the United States and the referendum in Britain, thanks to the technology of targeted advertising in Facebook, raised the journalists of the Swiss Das Magazin.

It all began with a safe-looking psychological application-test, posted on Facebook in 2015. Its developer was an employee of Cambridge University Alexander Kogan. Interestingly, the scientist is of Russian origin and is an active assistant professor at the St. Petersburg University. Even more interesting is that he received grants from the Russian government to study the behavior of users on the network.

Officially, the test on the network was placed exclusively “for scientific purposes”, so it was allowed on Facebook. Scientists have tried to explore the psychological portraits of users based on their likes.

The initial idea belongs to Mikhail Kozinsky, writes Das Magazin. It is based on the so-called Ocean method (from the English OCEAN – anagram). As early as the 80s, psychologists proved that it is possible to add a portrait of a person by defining only 5 characteristics: openness, conscientiousness, extraversion, benevolence, neuroticism. The problem was to collect these data, but social networks allowed it to be solved.

In 2012, the Pole of Origin Kozinsky proved that analyzing 68 likes in Facebook is enough to determine the color of a person’s skin (with 95% probability), his homosexuality (88%) and adherence to the Democratic or Republican Party of the United States (85%).

After 70 analyzed likes, the system will know about you more than a friend, and after 150 – more parents.

Kozinsky claims that Kogan appealed to him with a proposal to use technology for research company SCL (Cambridge Analytica is a subsidiary), but he refused. And yet his methodology was used in a big political game. 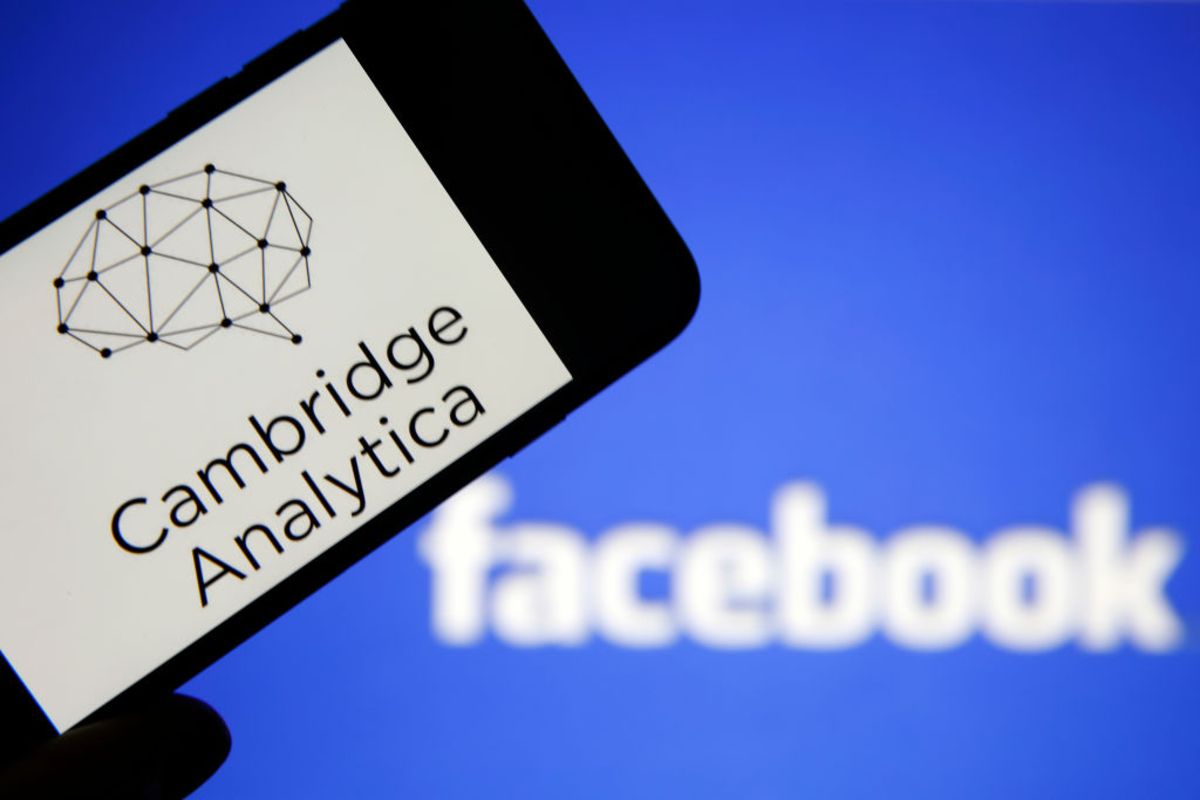 Kogan posted a test on Facebook, offering respondents a small monetary reward for answering the questions. In general, about 270 thousand users (mostly Americans) disclosed about themselves during the test.

Whence the figure of 50 million, you ask? The matter is that for authorization in application the account in Facebook was used.

By allowing the processing of personal data, the person also “provided” access to information of friends in the social network. That’s collected about 50 million.

Then this data fell into the hands of Cambridge Analytica, which deals with the impact on the behavior of users in social networks. It is interesting that the company was established in 2013 with the participation of the Mercer family, the main donors of Donald Trump’s campaign headquarters, and the company’s vice-president is Stephen Bennon, a former adviser to Trump. In addition, in his time, Bennon was the editor of Breitbart News, a British publication that promoted Brexit’s idea, which was not too popular at the time.

After learning about the leakage of data, Facebook requires you to remove the application and destroy all information about users. Arrangements with Kogan and the SA somehow managed to be achieved, but recently it turned out that the collected data about users still exist. Journalists accuse Facebook of neglecting the proper protection of users’ personal data, and Vaili argues that the social network did not verify their destruction.

And it was these data that probably helped Trump win the US elections and provoked the British to vote for an exit from the EU. After all, based on information that is, users of Facebook “threw” targeted political advertising, which convinced them that their choice was correct.

“Psychological targeting, similar to the one used in CA, raises the number of clicks on Facebook advertising by 60%,” explained Kozinsky to Das Magazin.

The likelihood that after viewing personalized advertising people will go to action (buy one or another thing or vote for the right candidate) increases by 1400%.

Journalists of the British Channel 4 decided to prove that CA is interested not just in advertising on the network, but primarily affects the political choice of users. To this end, they organized a meeting of CA representatives with a “hackney” politician from Sri Lanka, who wants to come to power with the help of influence in Facebook.

Convinced of their reliability, political technologists boasted of preliminary “political achievements”, thus providing information on the impact on elections in other countries (for example, in Kenya).

In Facebook they assure that Kogan has deceived them, therefore the company is not formally to blame. However, it seems that such a large-scale data leakage will not pass just for the social network.

Zuckerberg “on the carpet” has already called in the US Senate and the British Parliament. Its investigation with respect to Facebook is going to be carried out by the European Commission, and the US Federal Trade Commission (FTC) has already begun research.

And what’s important, the FTC can cause big financial losses to Facebook. After all, the company signed an agreement with the FTC back in 2011, in which it committed to guarantee the confidentiality of users. Inattention, which Facebook allowed in the work with Kogan, could threaten the technological giant with huge fines.

For each case of unauthorized use of user data, a fine of $ 20,000 is threatened. And in such cases,

This could lead to the bankruptcy of Facebook, explains the managing partner of the digital communications agency PlusOne Maxim Savanevsky.

Interestingly, Facebook is in the top five most expensive brands in the world in 2018. And within a year the brand value has grown the most among the ten companies – already by 45%.

And the company’s reputation loss cannot be avoided. Because of the scandal, Facebook has already lost 10% of its market value this week, which is more than 45 billion dollars.

In addition, Zuckerberg sold more Facebook shares in the last 3 months than any insider in any other company, CNBC reports. He explains this by planned charitable purposes, but many experts do not believe it.

The first lawsuits fell on the company. Facebook user from Maryland filed a lawsuit against the social network, CNN writes. The day before, the company’s investor Fan Yun filed a lawsuit on Facebook on behalf of other investors. The statement said that Facebook made “false statements” and did not warn about access to information from outsiders, which caused a significant drop in prices for the company’s shares. 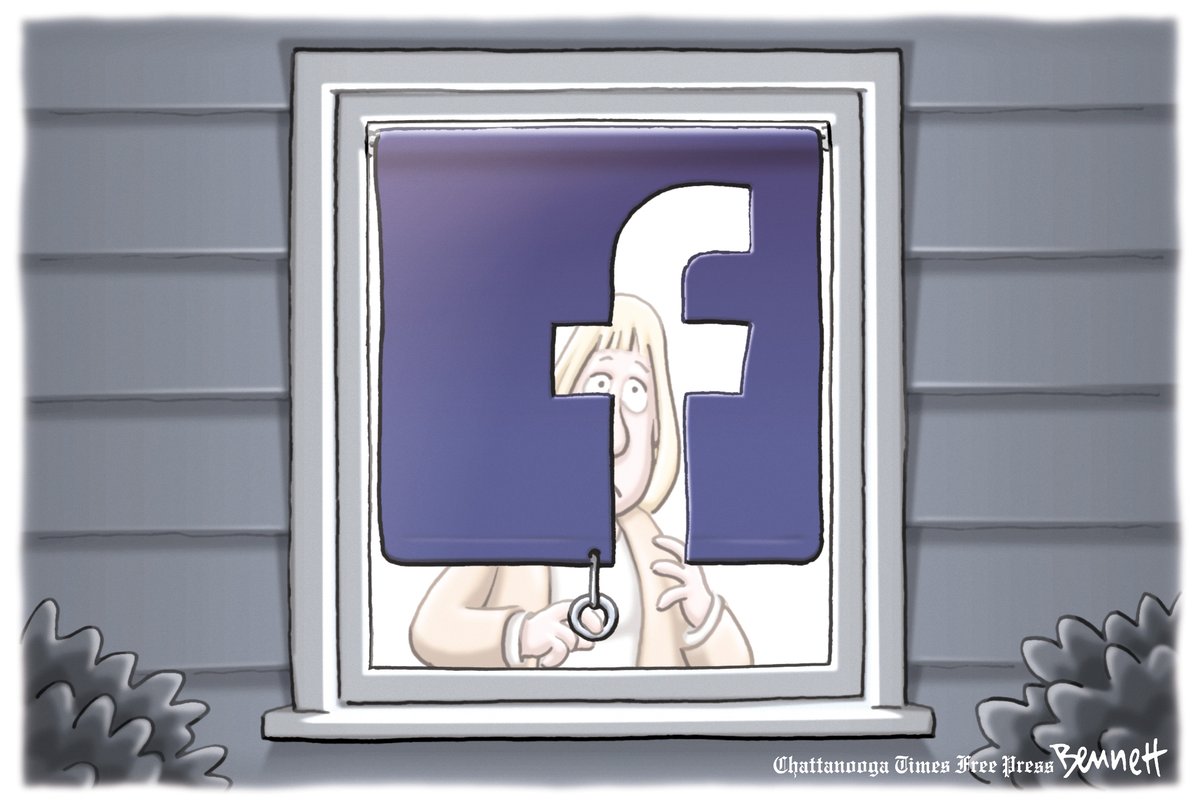 In the midst of the scandal, the world was enveloped in flashmob #DeleteFacebook. Users delete accounts from a popular social network or at least massively close their data from advertisers and third-party applications, which at one time were authorized through Facebook.

The world media already has hundreds of materials on how to do it correctly.

Interestingly, the call to remove the social network was one of the first to spread one of the creators of WhatsApp Brian Acton. “The time has come.” Remove Faybook, “he wrote shortly on Twitter.

Recall that in 2014, Facebook bought WhatsApp for $ 16 billion. In early 2018, Acton left the social network to work on a new project.

The action probably will not lead to a significant drop in the social network audience, but it definitely creates an additional reputational tension for the company.

Today, the social network is used by 2.13 billion people a month, while 1.4 billion visit Facebook every day.

The topic of harm and the threat of social networks in the West have recently been discussed more often. They did not escape it at the World Economic Forum in Davos.

Actor Jim Carrey removed his Facebook page and sold the shares because the company benefited from Russian intervention in the US presidential election. Billionaire George Soros has criticized the IT giants Google and Facebook, calling them a threat to democracy.

Gradually, the world media is leaving the Facebook-dependence, because recently the social network has changed the algorithm of tape formation (now more people messages are shown, not the media), so many media corporations feel cheated and are looking for other ways to reach the reader.

Zuckerberg for a long time kept silent and finally on the evening of March 21 commented on the situation with the leakage of personal data:

“We are responsible for protecting your data and if we cannot do it, then we do not deserve to provide you with services.”

Zuckerberg promised to make every possible effort to prevent this situation from happening again. Therefore, now in Facebook, removes applications that cause suspicion and restrict access for application developers. Only the name, photo and email of the user will be available to get the rest of the data the developer will need to sign a separate contract with the user. 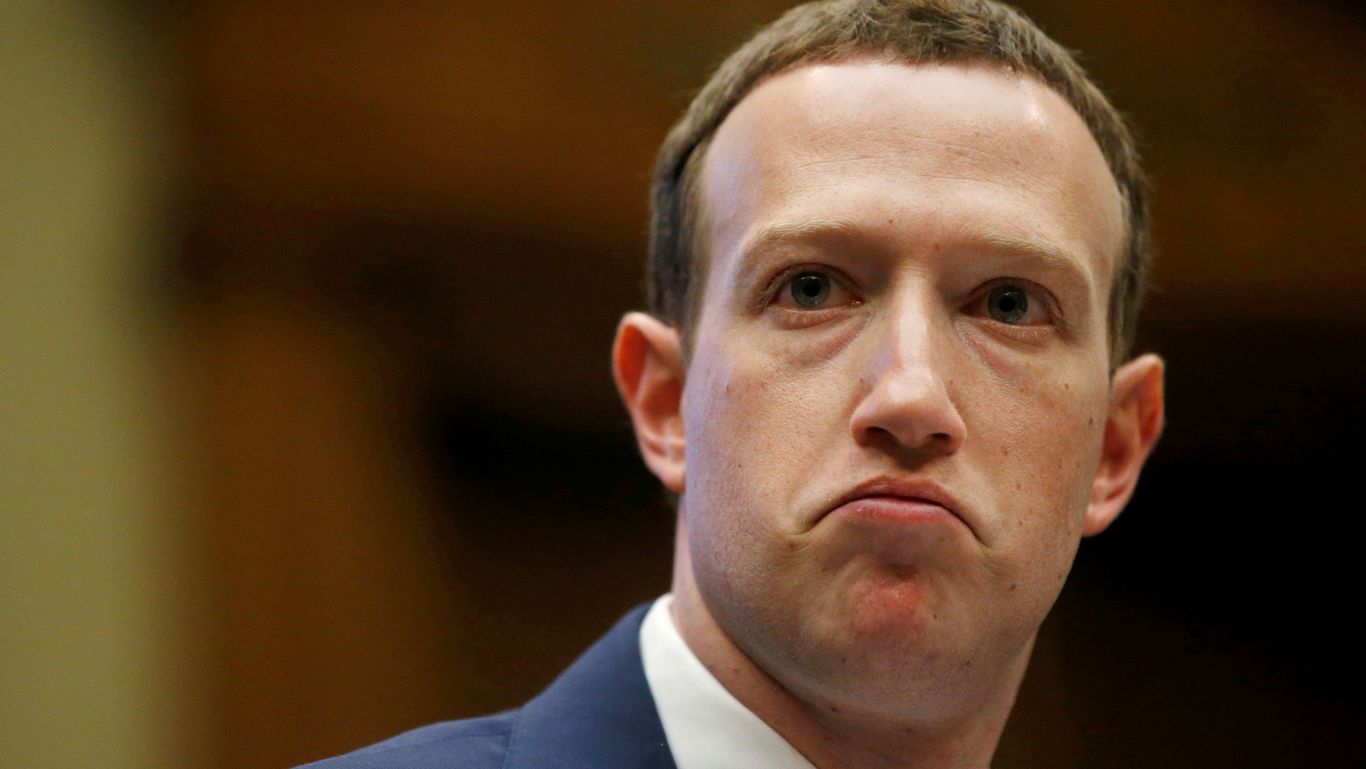 However, after this scandal, the world will never be the same as before. It is likely that regulators in the United States and other countries of the world will begin to tightly monitor social networks and will adopt legislative restrictions related to the collection and use of personal data, as well as advertising on Facebook.

At least, the first steps to this already exist. March 21, 2018 European Commission announced plans to introduce a 3% tax on profits (from advertising, sales of digital data) technology giants like Google, Facebook and Amazon, writes Financial Times.

Companies with a turnover of over 750 million euros per year must pay tax regardless of where they are physically located. This decision can be considered an answer by the EU in the trade war with the United States, but European parliamentarians explain this by “reforming international taxation rules for digital companies.”